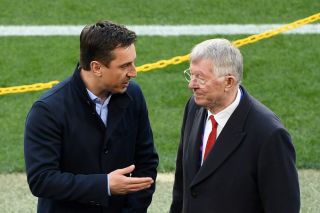 Gary Neville has said on his Sky Sports podcast that Manchester United are far too inconsistent under Ole Gunnar Solskjaer.

We agree but feel Solskjaer is running out of time to get it right.

I’m desperate to see the Manchester United legend succeed in this job, although talk about Mauricio Pochettino coming in won’t go away and we would naive to downplay it.

“I was glued to the telly from half past 11 [on Saturday] morning,” Neville said, as quoted by the Manchester Evening News.

Neville is right but nobody seems to have answers as to why we’re so inconsistent.

A number of Solskjaer’s former teammates (Luke Chadwick, Patrice Evra and Rio Ferdinand) have come out in support of the job he’s doing at Old Trafford.

But what matters is whether Solskjaer has the backing of executive vice-chairman Ed Woodward.