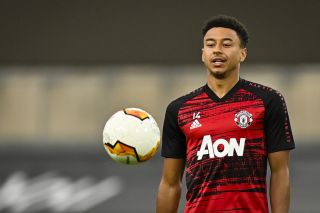 Manchester United midfielder Jesse Lingard has reportedly parted ways with agent Mino Raiola and will now be represented by family members and other close associates.

Lingard, 27, has been with Manchester United since 2000 but there has been speculation of late about his future, with ESPN previously suggesting that he was on José Mourinho’s radar at Tottenham.

After successfully coming through the ranks at the club, Lingard has endured a difficult spell and is finding it difficult to break back into the team.

The United manager has struggled to find a place in his team for new signing and Netherlands international Donny van de Beek, which must make Lingard pessimistic about his chances in the team.

Lingard will always find it hard to get into the team with competition for places so strong, but he has made the right step by leaving Raiola’s agency, as reported via ESPN.

Raiola may be considered a super agent by many but not in our books. A super agent is one who works in his client’s best interests — and I don’t believe that to be the case with his handling over Paul Pogba.