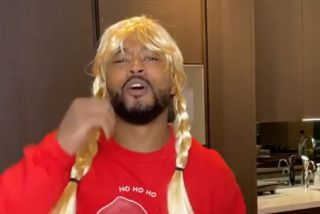 I don’t know where Patrice Evra gets his energy from but his Danish pronunciations are excellent.

Evra has his own trend on social media (#ILoveThisGame) which he has since turned into a brand.

Marketing isn’t a problem because he is such a hit on Instagram and a frequent user. Millions of people see his merch on a daily basis and many United fans see him as the voice of reason after telling some sad truths about the club earlier this summer.

But Evra advocates a positive mindset on his social media channels. He is seen as a happy person but there has been times when passion took over, which is perfectly normal of course.

Spirits are high after Saturday’s 3-1 win over Everton.