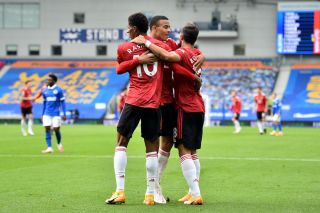 Greenwood, 19, first made his senior United debut in March 2019 and has since been directly involved in 25 goals in 61 appearances in all competitions.

According to the NWFA, who are the United Kingdom’s biggest regional football awards presenters, their awards are based on celebrating sporting excellence, both on and off the pitch.

The announcement that Greenwood has been named The Athletic’s Rising Star was officially made by United and published on their Twitter account earlier today.