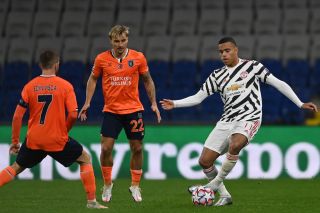 There are growing concerns at Manchester United over Mason Greenwood.

The youngster reportedly missed Saturday’s 3-1 win over Everton due to being unwell, as per The Express, but The Athletic understands United are not satisfied with the 19-year-old’s dedication to maximising his considerable talents.

It is also reported that Greenwood put in a lethargic display in training on Friday which really doesn’t bode well.

We must take into consideration the fact United only returned from Turkey during the early hours of Thursday morning, but the reports are only pointing a finger at Greenwood.

However, The Athletic adds that Greenwood’s omission from the latest England squad came after Solskjaer expressed his feelings to Gareth Southgate via phone call.

The biggest question from the article seems to be whether Greenwood is getting enough sleep or not. And as a football blogger, I’m none the wiser about sleep patterns or how many hours a young athlete requires each night…

This is something United need to address because Greenwood has the potential to be world-class.