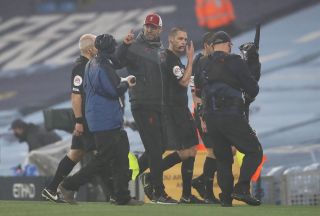 Liverpool manager Jurgen Klopp has come out in support of Ole Gunnar Solskjaer’s critical comments on the fixture schedule.

Manchester United are not happy over the fixture schedule that sent them to Goodison Park on Saturday afternoon after a Wednesday night Champions League fixture in Istanbul.

Klopp is in agreement with the United boss calling the decision to schedule our trip to Everton for 12.30pm on a Saturday an “absolute shambles”.

No manager wants to be in this situation because it risks players getting injured. With Liverpool also playing in the Champions League, Klopp won’t want this to happen his side.

Solskjaer said his team had been “set up to fail” in a rant (via GOAL) about the authorities and Klopp revealed he had recently held a meeting with the Premier League but had no confidence things would change.

“I spoke about two weeks ago, a meeting with a person at the Premier League who organised the fixtures. We cannot change it. It is not about Manchester United, Liverpool and City. These things should not happen,” Klopp said last night following Liverpool’s 1-1 draw with Man City, as per Manchester Evening News.

It’s ridiculous that a team playing midweek would be subject to an early Saturday kick off. The broadcasters should be more flexible and this players’ safety should take priority anyway.