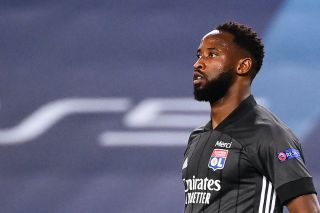 Dembele, 24, joined Lyon in 2018 from Scottish Premier League champions Celtic in a deal which cost the Ligue 1 side £19.8m, as per TransferMarkt.

Lyon’s Frenchman has risen to the top of some of football’s biggest club’s shopping lists after emerging as one of the sport’s most reliable forwards.

The 24-year-old has a decent senior record after being directly involved in 167 goals in 275 matches in all competitions.

Not only has Dembele scored for fun in three different countries across three different leagues, he has also proved he can produce the goods on Europe’s biggest stage including the Champions League.

After a thoroughly respectable campaign last season which saw Dembele help his side reach the Champions League semi-finals, the striker has emerged as a target for the likes of United.

However, according to a recent report from The Sun, United have now been joined by David Moyes’ West Ham United in the race to secure Dembele.

The Sun’s report claims that Moyes sees Dembele as a long-term replacement for current forward Sebastian Haller but with Lyon demanding upwards of £30m for their highly-rated asset, West Ham United could well be priced out of a move.