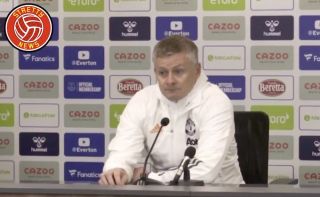 Manchester United beat Everton 3-1 earlier this afternoon, but the Reds’ three-points may have come at a cost after duo Luke Shaw and Marcus Rashford both picked up injuries.

Speaking after today’s game, United manager Ole Gunnar Solskjaer confirmed that both players had suffered injuries and hinted that both injuries could see the pair ruled out for some time.

United travelled to Goodison Park just three days after facing Istanbul Basaksehir away in Turkey and the Reds’ fixture schedule was something Solskjaer openly critised in his post-match interview.

The Norwegian blamed United’s jam-packed schedule for both his first-team player’s injuries in a shocking rant live on air.

However, speaking in a post-match press conference, Solskjaer offered more information on both players, here is what he said.

“No, it doesn’t look great no. […] But the boys were not going to give anyone a chance to take three points off us today.” 👀 #mufc #mulive #EVEMUN pic.twitter.com/3rm6m56o7s