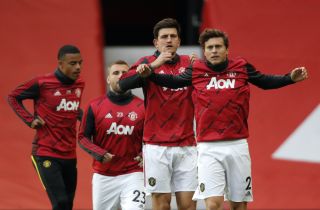 United could slip as low as 17th in the Premier League table with defeat and must secure victory to lift some of the mounting pressure on Solskjaer heading into the latest international break.

David De Gea returns in goal after Dean Henderson made his Champions League debut in the midweek defeat to Istanbul Basaksehir.

There is no room for Alex Telles in the matchday squad despite recovering from coronavirus, as Luke Shaw retains his place.

Scott McTominay is partnered by Fred in a midfield pivot, with Bruno Fernandes operating in an advanced role behind the forwards.