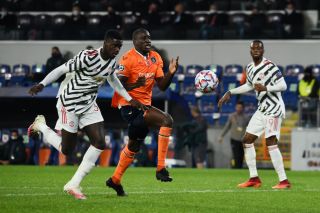 Everton and Manchester United both go into Saturday’s early kick on the back of two defeats.

As a result, Ole Gunnar Solskjaer is under pressure with The Independent claiming Mauricio Pochettino and Max Allegri are interested in taking his United job.

However, talk is cheap and everyone’s main focus should be on winning the match this weekend.

The Toffees host United at Goodison Park on Saturday and here are our line-up predictions:

Although ManUtd.com has confirmed that Alex Telles has returned to full training with United, I don’t think he will be rushed back immediately since he’s a player in a different squad to last season.

Solskjaer’s decision to take off Tuanzebe at half-time during the defeat to Istanbul midweek has been criticised by former United defender Paul Parker, as per GOAL.

“I am worried about Tuanzebe and how he has been treated by Ole Gunnar Solskjaer,” said Parker. “He had a great game against Paris Saint-Germain, then had no involvement until the next Champions League game.

“He got another opportunity last night and then got dragged off. I’d be concerned about how that will affect him mentally. He might wonder why he was subbed when he wasn’t at fault for the goal, and be looking at the £80 million captain alongside him.

“Taking Tuanzebe off could be a mammoth mistake in the long term.”

The Red Devils are under big pressure to get a result over the Toffees, who are positioned 4th in the Premier League standings.

I am predicting a 1-0 win for United.

Read more: Solskjaer responds to criticism and questions about his future as Manchester United manager