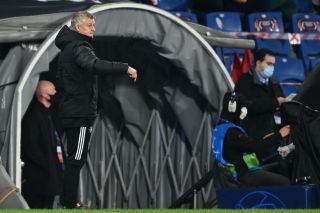 Manchester United will be looking at making a return to winning ways when they face Everton at Goodison Park on Saturday afternoon.

The Reds go into the game on the back of a disappointing 2-1 defeat to Istanbul Basakshehir in the Champions League, whilst the hosts suffered a 2-1 loss to Newcastle United at St. James Park.

For Solskjaer duo Phil Jones and Eric Bailly remain out injured whilst Victor Lindelof is also a doubt for the Everton clash with the defender still struggling with back pain.

Defeat midweek in Europe was a massive set back not only for United but for head coach Ole Gunnar Solskjaer too. The future of the Norwegian has come into question in recent weeks following a string of bad results with rumours speculating that United could be lining up a move for former Spurs boss Mauricio Pochettino, as per The Independent.

Inconsistency has remained Solskjaer’s biggest flaw so far throughout his reign at Old Trafford and its that inconsistency which needs addressing quick starting with Saturdays game against Everton.

Everton have endured a fine start to the new season under Carlo Ancelotti and you could argue go into the game as favourites. History as shown that United have never had an easy time visiting Goodison Park and Saturday’s match will be no different. Everton have players in James Rodriguez, Calvert-Lewin and Richarlison who can really hurt United and the reds defence will have to be on top of their game should they wish to keep them at bay.

United have already shown this season against Paris Saint Germain and the likes that they are more than capable of rising to the challenge in the bigger games and Solskjaer will need a similar type of performance again on Saturday should he wish to leave Goodison Park with all three points.

United and Solskjaer are in desperate need of a victory not just to climb up the league table but for confidence and moral. The mood inside Old Trafford has been low for a few weeks now and victory against Everton would go a long way to lifting spirits at the club and if United can turn up and play like we know they can then they still can do just that.