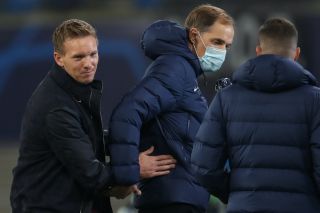 There are suggestions from ESPN that Mauricio Pochettino is not the only manager who Manchester United will consider if Ole Gunnar Solskjaer is sacked as manager.

The latest from ESPN’s Insider Notebook takes a look at an under pressure Solskjaer following a bad week for his team.

United have lost two games on the bounce since drawing at home to Chelsea; Arsenal in the Premier League and Istanbul in the Champions League. They are a team in dire form but the manager surely knows he’s running out of time to find a fix.

It doesn’t help his case that Pochettino has been out of work for a while, and he recently told Sky Sports’ Monday Night Football that he’s ready to return to management, as per The Independent, which seemed like a clear come and get me plea…

The defeat in Turkey midweek has taken the shine off a positive start to our Champions League campaign.

Now ESPN report that sources claim Solskjaer retains the faith of the board, however, no-one in the media seems to know how long for?

It’s also mentioned in the report that RB Leipzig coach Julian Nagelsmann would come under consideration alongside Pochettino.

So, Nagelsmann didn’t completely ruin his chances of landing the job after being hammered 5-0 at Old Trafford this season! But they did manage to beat PSG 2-1 on Wednesday.

Read more: Manchester United predicted XI versus Everton – Tuanzebe should get nod after being hooked in Istanbul