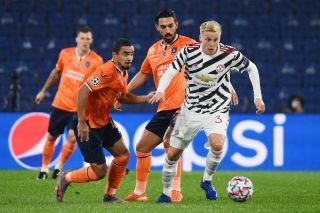 Donny van de Beek has made the Netherlands team despite not playing as regularly as he’d like for Manchester United since the beginning of the a season.

Ole Gunnar Solskjaer has been asked time and time again about why he’s not made more use of Van de Beek, but the manager has constantly said the midfielder’s chance to shine will come.

Some fans will say Van de Beek deserves more minutes but the former Ajax star has still done enough to make the Netherlands squad (see below):

The Dutch take on Spain, Bosnia and Poland during the November international break.