A die-hard Manchester United fan has had a complete back tattoo done in honour of Old Trafford legend Eric Cantona.

Cantona, now retired, joined United 1992 from arch-rivals Leeds United and went on to become a true club great after making 143 appearances in all competitions and scoring 64 goals.

Throughout the flamboyant Frenchman’s five years at Old Trafford he fire the Reds to an impressive nine major trophies including four Premier League titles.

In honour of the United legend, one die-hard fan has had the famous ‘The Art of the Game’ painting tattooed which covered his entire back, as per BBC News. 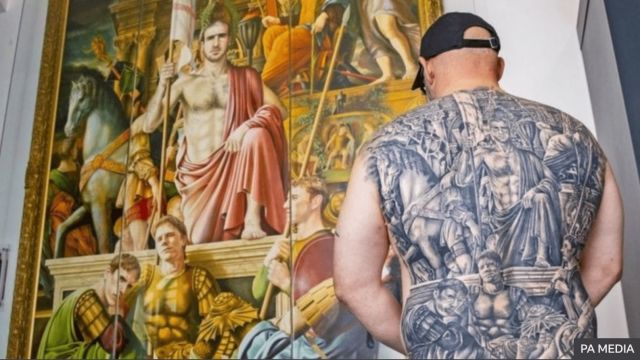