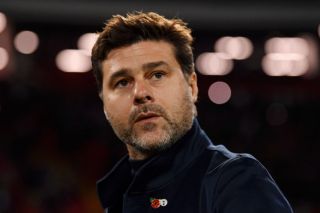 Manchester United have reportedly made contact with former Tottenham Hotspur manager Mauricio Pochettino over the possibility of the Argentinian taking over from current manager Ole Gunnar Solskjaer.

Domestically, United sit in 15th place in the Premier League after six matches and should they fail to pick up all three-points against Everton on the weekend, could slip to as low as 17th.

According to a recent report from Manchester Evening News, the United hierarchy are already planning for Solskjaer’s departure after making contact with representatives of Pochettino.

MEN’s report does claim that members of the United hierarchy were still backing Solskjaer during the Reds’ Champions League game last night but are drawing up plans should the Norweigan depart.

It is understood that Pochettino’s stance on taking the Old Trafford hot-seat is a positive one and despite the side’s on-field struggles, the South American’s ambitions to take-on English football’s biggest job have not changed.

Solskjaer was asked by BT Sport to comment on the rumours suggesting he could get the United boot after last night’s game, as quoted by Manchester Evening News, he said: “I decline to comment on such a thing. Of course, it’s early on and opinions are out there all the time. You’ve got to stay strong.

“I’m employed by the club to do a job and I do that to the best of my ability with my staff.”