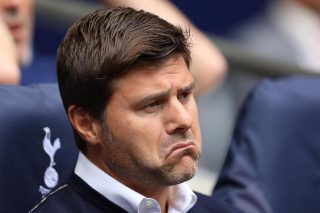 Pochettino has been out of work for almost exactly 12-months after Spurs’ chairman Daniel Levy dismissed the Argentinian tactician in favour of Jose Mourinho last year.

The former Spurs gaffer has been relentlessly linked with becoming the new occupant of the Old Trafford hot-seat and speculation Pochettino will replace Solskjaer has intensified in recent times give the Reds’ current on-field struggles.

United currently sit 15th in the Premier League and should they fall to Everton on the weekend could slip to the worrying depths of 17th.

In Europe the Reds are performing slightly better after beating PSG (2-1) and RB Leipzig (5-0) in their opening two Group H Champions League games, however, a crushing 2-1 defeat to Istanbul Basaksehir has ramped the pressure up a notch.

According to a recent report earlier today from Manchester Evening News, the United hierarchy have contact Pochettino with a view to offering him the club’s manager job should Solskjaer depart.

In light of the breaking news, fans have taken to their social media to give their thoughts.

Ole should be sacked regardless of the result on Saturday tbh, don’t let another Newcastle 18/19 happen where we delay the inevitable. International break is the perfect time to transition with Poch

Poch will come in.

Greenwood develops into a top striker

Poch showing off his League Cup runners up medal after a couple of seasons at United. pic.twitter.com/cmOIS8GQdQ

If Ole is sacked, then what? Because who ever comes in next has to deal with the incompetent Ed Woodward, Matt Judge and the board. If world class managers like LVG and Jose couldnt do anything because of them what makes you think someone like Poch could..the cycle just goes on

2 responses to “Loads of Man United fans react to news club have contacted Mauricio Pochettino: The good, the bad and the ugly”