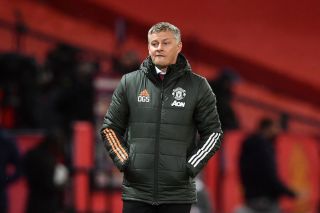 Ole Gunnar Solskjaer believes he won’t have enough time between the Istanbul Basaksehir game and Manchester United’s early kick-off on Saturday against Everton.

The manager notes that it’s a challenge that comes with playing in Europe’s most prestigious competition.

Speaking to the press ahead of facing Basaksehir in the UEFA Champions League, Solskjaer told MUTV: “It might have an impact on the team selection and subs we make depending on the game of course.

“12.30 on a Saturday doesn’t help us but that’s what the Champions League gives to you, it gives you a challenge because you want to be in this competition playing in midweek and we’ve just got to take it as it comes.

“We asked for a Sunday game but there was absolutely no help to get that.”

This will obviously take a toll on the players but we are not in a position to make excuses after a shocking start to the Premier League season.

Perhaps the manager and team would be under less pressure had they managed to get more wins under their belt since the new campaign began, with the Red Devils yet to win a league match at home.

Solskjaer knows they cannot afford to drop any points this weekend and, on top of that, we’re just two wins away from qualifying for the Champions League knockout stages.

Carlo Ancelotti has done a good job at Everton making them a difficult side to beat.

But even if the manager names a second string side to play the Turkish outfit tonight, we will be accepting no excuses for another underwhelming performance.