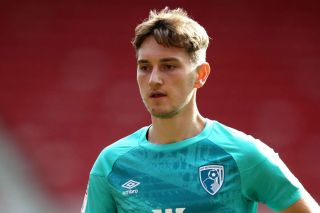 The Sun claim that Manchester United ‘transfer target’ David Brooks is keen to get back to the Premier League and has hinted that he may not do so with Bournemouth, who were related last season during a campaign the winger missed due to injury.

“I was disappointed I couldn’t really factor in last season, so I am desperate to get back in the Premier League and hopefully it’s with Bournemouth,” Brooks told the newspaper.

The Wales international was closely linked to United in the summer when reports strongly suggested that Ole Gunnar Solskjaer wanted a right winger. Then came the reality that the club would fail to land his prime target Jadon Sancho.

For instance, at this point in time the problem is not out midfield or attacking options. I can only see signing Brooks a possibility if the manager decides he wants a clearout of midfielders, and Paul Pogba is the only one I could see leaving the club this summer.

Pellistri has only played youth football at United but has been training with the first team, whereas Diallo has an agreement in place to stay at Atalanta until January.

If United are to sign a right winger — on top of that — surely it will be a marquee signing like Sancho. Adding Brooks to the equation right now wouldn’t make much sense.

The reports are tentative to say the least.