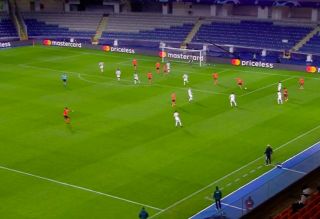 Rio Ferdinand has joined fans on social media reacting to the defensive horror show that resulted in Istanbul Basaksehir taking the lead against Manchester United in the Champions League.

Basaksehir condemned United to their second defeat in three days as they secured their first ever win in the competition.

United were dishevelled throughout, but the performance was epitomised by the calamitous first goal where veteran striker Demba Ba was allowed the freedom of Turkey to go through and score.

After an offensive corner, United’s players appeared to have completely disregarded their responsibilities as the defence was abandoned.

Ferdinand, who is arguably the best English defender in the modern era, has pleaded that some players show their emotions in the changing room and that people are being made accountable.

The lack of leaders within the squad is one of United’s problems, but it really would be seriously worrying if the shocking defending for both goals was not addressed strongly in the dressing room post-match.

Ole Gunnar Solskjaer and his players should be seething with the manner the goals were conceded in.

United great Ferdinand has posted a screenshot of the team shape for the first goal, and it’s truly shameful that Ba was afforded so much space.

The goals against us….please tell me someone is going nuts in that changing room and people are being made accountable.
The shape of the team when we lose the ball for the 1st goal 🤬😱🤯#mufc pic.twitter.com/V7aq0rvBYL