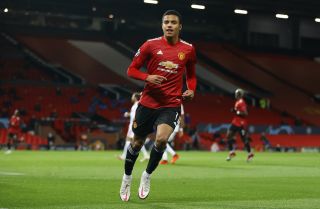 Mason Greenwood and Phil Foden were dropped from the England squad after breaching COVID-19 protocols at the team hotel in Iceland.

However, as reported by The Athletic, the pair are back in contention for a spot in the senior England team for international duty.

The subscription based outlet claims: “Foden, 20, has performed well since his England exclusion, scoring three times for Manchester City and is pushing for a call-up. Greenwood has experienced time out of the Manchester United side and is less certain of a recall.”

Pay-per-view up for debate at Premier League shareholders meeting this week, but some clubs want £14.95 to stay.

Manager Gareth Southgate will name his squad this week ahead of a friendly against the Republic of Ireland and UEFA Nations League matches versus Belgium and Iceland.

It is expected that Manchester United’s Greenwood and Man City’s Foden will be called up and given a second chance to behave themselves.

There is no doubting that this was a mistake made by a pair of young lads. Now they must show maturity and willingness to listen, especially if they aim to develop as players.

Southgate was never going to leave them out of the team for long but he will be hoping they learn from their lesson. Greenwood has had a lot of negative articles written about him but needs to just focus on the next game.