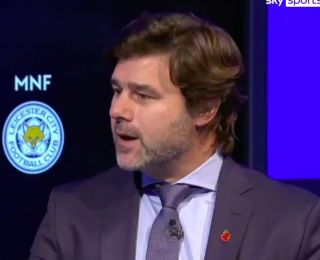 Mauricio Pochettino insists he is ready to return to management, almost a year since being relieved of his duties as Tottenham Hotspur Head Coach.

Pressure is building on Manchester United boss Ole Gunnar Solskjaer after their third home loss of the season in the Premier League came against Arsenal on Sunday.

The Reds are now 15th in the league, and have failed to win their opening four league games at Old Trafford.

Pochettino, 46, guided Spurs to the Champions League final for the first time in his final year in North London, and the Argentine  is viewed by many as a likely replacement should Solskjaer become United’s latest managerial victim.

It is clear that Pochettino overachieved during his five years at Spurs and some supporters have expressed their view that he could  get more out of United’s current crop of players than Solskjaer.

Solskjaer’s biggest problem at the moment is that he is unable to settle on a system that accommodates his most important players.

And if the Norwegian can not arrest poor results in the league, more questions will be asked of his future.

It’s odd that an acclaimed manager like Pochettino has been out of work for so long, but there is a chance he is holding out for the most suitable job and he may view that as Manchester United.

Anyhow, Pochettino was the special guest for Sky Sports’ Monday Night Football show and emphasised his desire to return to the game in the near future.

Listen to Pochettino discussing his future below. Footage courtesy of Sky Sports.