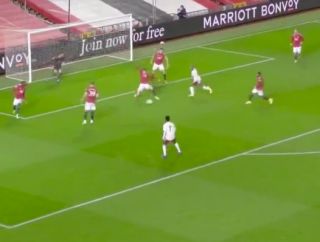 Manchester United have been second best in the first-half of their Premier League clash against Arsenal at Old Trafford.

Mikel Arteta’s men have stifled United with high pressing, forcing the Reds into mistakes in possession.

The game has been played in United’s final third with Ole Gunnar Solskjaer’s side struggling to assert any authority in midfield.

United are fortunate to go into the break level and have Victor Lindelof to thank for two crucial interceptions before half-time.

The Swedish centre-back first got a crucial toe on Willian’s cross to prevent Pierre-Emerick Aubameyang getting a shot away at the back post.

But Lindelof then lost his man as Bukayo Saka missed the target with a free header just before the break.

Solskjaer needs to make a tweak in the second-half, whether if be tactical or personnel, to help nullify Arsenal’s threat and get a foothold in the game. 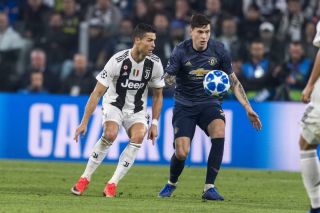