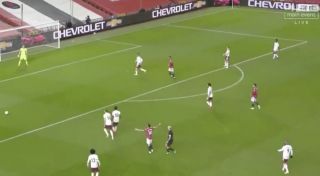 United fell to a crushing 1-0 defeat to the Gunners and Fernandes’ on-field frustration with Shaw summed up the Portuguese midfielder’s afternoon.

Try as he might, Fernandes was unable to provide the Reds’ with the spark they needed and the talented 27-year-old was spotted mid-way through the second-half losing his cool with the United left-back.

After playing a neat one-two, Fernandes looked to play a back-heel back into Shaw’s path but the English defender was too far behind the run of play and was ultimately out paced by Arsenal full-back Hector Bellerin.