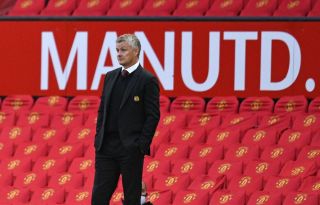 Ole Gunnar Solskjaer is not concerned about Manchester United’s current league position which sees them sat 15th in the table.

Speaking to The Guardian about United’s current form, the manager said: “It’s going to be tighter and a lot more unpredictable.

“I don’t think you will see anyone running away with it, quite a few teams are going to be in with a chance. It is going to be a long season, with a lot of games, based on a very short rest after the end of last season.

“Every manager is going on about the same thing, the importance of looking after the players. I don’t want to predict how many points will be n necessary to win the title this season, but you can see already that records are unlikely to be broken.

“Last season we started really poorly, we had two wins from our first nine matches,” he says. “We still finished all right, but it’s better if you can pick up more points in the first few weeks of the season.

“You are not going to win the title in your first eight or nine games, but it is important to make sure you haven’t lost it. Hopefully we can pick up another couple of results before the international break that will move us up the table.”

The Reds take on Arsenal in the Premier League today and will be looking to build on their impressive 5-0 win over RB Leipzig in the UEFA Champions League midweek.

It’s early days and United have played just five games. That’s two less than some Premier League teams and we’ve got time on our hands to climb up the table. A win over Arsenal might send a warning to the rest of the league that we’re a force to be reckoned with.

That’s not to say I think Arsenal are anything special. They’re not but we’ve shown in the Champions League this season that we can hurt good teams. Now we just need to show more consistency, and get our first league win at home for the season.

We opened the 2020-21 season with a 3-1 defeat against Crystal Palace. On top of that, the turn of the month saw United host Tottenham Hotspur and lose 6-1.

Playing without fans has made matters more difficult for United, especially at home, as Solskjaer alluded to: “It’s a completely different game without the fans,” Solskjaer added. “Playing in empty stadiums takes all the passion and excitement out of the game, and when players are no longer feeding off the buzz of the crowd and doing what their instinct tells them in the heat of the moment, tactics come more into it because you can see how each side is being set up. In normal circumstances players react to the crowd, whatever their manager tells them to do. At the moment that is not happening as much.

“We have more options now than we had a year ago, we’ve added quality to the squad. I’m happy with the signings we have made, even if I can’t play them all at the same time.

“Some players walk into a team and look as if they belong straight away, others take a little more time to gel, but ultimately what you need to do is find a balance. You can’t just pick your best seven forwards, however much you might want to. You have to find a system that works and that might change from game to game.”

Read more: Remembering what it was like to travel to Manchester United games pre COVID-19