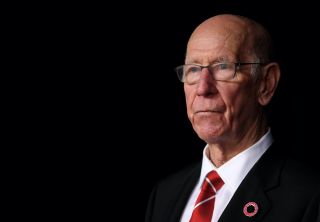 Sir Bobby Charlton has been diagnosed with dementia.

The news has been revealed by his wife, Lady Norma Charlton, as per The Telegraph.

It has been a sad week for Manchester United fans following the death of Charlton’s former team-mate Nobby Stiles, who passed away on Friday. Stiles had also been diagnosed with dementia.

Charlton’s wife shared the news with the Telegraph with the view that the knowledge of her husband’s diagnosis could help others.

Some very sad news to report.
Sir Bobby Charlton has been diagnosed with dementia.
The fifth of England's 1966 heroes.
I spoke with Lady Norma y'day and she hopes that wider knowledge of Sir Bobby's diagnosis will help others.
Full story here: https://t.co/jDYQXgvJDw

The 83-year-old is celebrated for his achievements in the 1966 World Cup, 1968 European Cup (scoring twice in the final versus Benfica), winning the Ballon d’Or and surviving the Munich Air Disaster of 1958.

He scored 249 goals in 758 games for United despite being a midfielder, and is seen as one of the greatest legends to represent the club.

A new film on Sir Bobby’s brother, Finding Jack Charlton, will also report that the former United star is living with dementia.