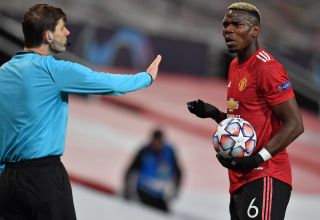 This morning he is being linked with a return to his former club Juventus.

It is claimed via Tuttojuve that Andrea Pirlo is dreaming of signing the French World Cup-winner, who he played alongside at Juventus prior to his retirement. This would see Pogba conduct another U-turn but we shouldn’t believe everything we read.

The report claims Pogba will take a salary cut to return to Turin, which I suspect would be the case for any club he could join in the next year. His performances over the past two years do not warrant him being one of the highest paid footballers in the world.

However, it would be worth looking into the money he has made the club when it comes to shirt sales because that is all some people at the club care about.

Bruno Fernandes has done an interview with Sky Sports stating that Pogba is motivated even when he doesn’t make Ole Gunnar Solskjaer’s starting line-up. He believes that he can work with the Frenchman in midfield, despite Jamie Carragher suggesting such a partnership will never work via Daily Mail.

United host Arsenal later in the Premier League and we’re intrigued to see if Pogba will start.