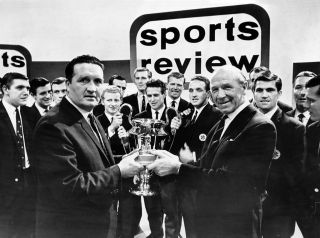 A new feature length cinema documentary, The Three Kings, is being released in the UK and Ireland this November.

From the Oscar and BAFTA-winning produces of Diego Maradona and Senna and the director of I Believe In Miracles, The Three Kings is an incredible film portrait of three men who were born in south of Glasgow within 30 miles of each other: Sir Matt Busby. Bill Shankly. Jock Stein.

The movie begins showing how Busby, Shankly and Stein all came from mining communities around Glasgow where the call of the pits was only drowned out by a call on the pitch. It gives a wonderful insight into how these three men grew up and viewed football. It’s clear early on that football has always been a basic ingredient for society in working class cities across the UK.

While Busby only had playing experience before getting the United job he knew what he wanted in terms of players. Natural ability was a must but so too was character and drive. And now, when you consider all the success the club experienced under Busby, it’s clear how important those attributes were in each of his teams.

“It means everything to me,” Busby said in an interview when asked about Manchester United. You get the same impression when you hear Shankly boast about his successes at Liverpool and love for the people of the city. Stein, on the other hand, had to deal with sectarianism after being stunned that Celtic wanted him. It proved the right move albeit a controversial one as he went on and brought European success to Celtic as they became the first British club to achieve the feat.

The Three Kings helps explain the extent of the violence when fighting broke out between Catholics and Protestants in Glasgow. Respected journalist Paddy Barkley features in the documentary and gives some additional background around the sectarianism people witnessed during those times. Catholic immigrants, who travelled to Glasgow in the early part of the 20th century, identified with Chelsea whereas Protestants clung to Rangers because of their affiliation with the Church of Scotland.

From the sadness of the Munich Air Disaster to the level of ecstasy felt 10 years on at Wembley Stadium, Sir Matt Busby became the godfather at Manchester United and I think that will always be the case. The guilt and heartbreak he initially suffered after seeing so many of his young players perish on the runway could have led him to a life without football again. His son Sandy Busby tells a story in the film about how Jean, his mother and Busby’s wife, spoke him into going back to United after the disaster to finish the job he set out to do.

Busby did that by making Manchester United European champions for the first time in 1968.

To build from the basis of such desperation — not just in terms of the number of people who died, but the philological effect of surviving that accident — is such a remarkable feat. The memories from the disaster lived on and became the hidden force behind United’s drive for many years to come.

On top of that, everybody was desperate for United to win the European Cup because a young team had died trying to win it. Winning it 10-years on from the tragedy seemed to be the perfect tribute for what Busby had achieved as United manager.

Busby also played a huge role in getting Shankly the Liverpool job after an impressive spell at Huddersfield, where he managed Denis Law who would later join United and become a legend. The Merseyside club needed a new manager and Busby suggested Shankly was the best man for the job. He certainly was, and it wasn’t long before Liverpool became United’s greatest nemesis.

None of the three managers lacked courage and knew what the people of Manchester, Liverpool and Glasgow wanted from their football club.

The Three Kings will be available from selected cinemas across the UK and Ireland from Sunday 1st November, with a list of cinemas listed on threekingsfilm.co.uk. It becomes available on all home entertainment formations from Monday 16th November and we recommend it as a perfect gift for any United you know this Christmas. Celtic and Liverpool fans will feel the same way as it’s an outstanding movie about the three football icons.

A must watch for any football fan. I’ll probably save watching it again until Christmas day!

Rating: 5/5 – For telling each story beautifully with emotion. Great music. A guaranteed pleaser for any football fan.

Available to pre-order now at: https://amzn.to/3gYgIeA 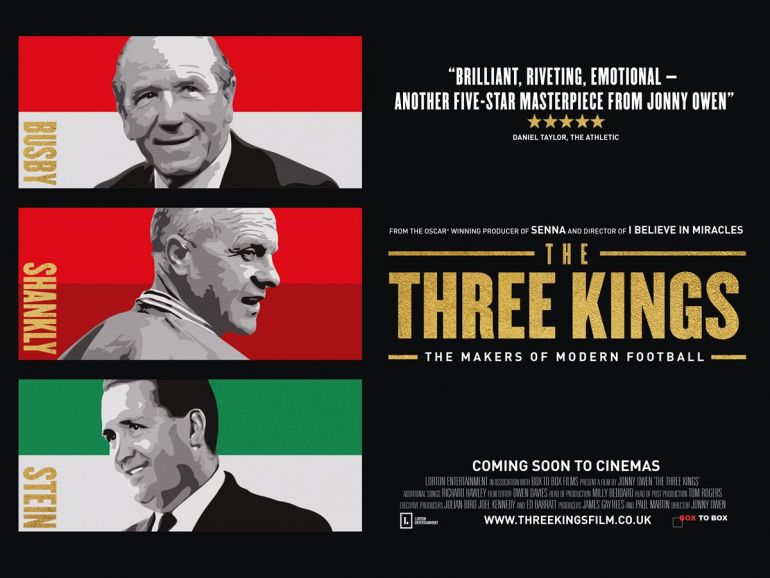 Read more: Man United predicted line-up vs Arsenal: Solskjaer to deliver the starting midfield we’ve all been waiting for