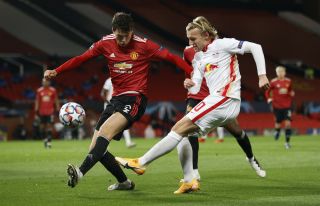 Lindelof, 26, joined United from Benfica in 2017 in a move which costs the Reds £31.5m, as per TransferMarkt and has since gone on to in 123 matches in all competitions for United.

Despite arriving at Old Trafford three years ago, the Swedish defender arguably enjoyed his best in his side’s stunning 5-0 victory over RB Leipzig last night.

The Reds were simply irresistible as they romped past Julian Nagelsmann side in a win which included a second-half substituted Marcus Rashford hattrick.

Elsewhere, teenage sensation Mason Greenwood got among the goals after he opened the scoring mid-way through the first-half and number-nine Anthony Martial successfully converted from the spot.

New big-name signing Edinson Cavani came so close to opening his United account but an offside during the build-up meant the South American’s effort was ruled out.

Speaking after the game, Lindelof drew attention to United’s attacking prowess, as quoted by Manchester Evening News, he said: “As a defensive unit with David (de Gea) as well we know that if we keep a clean sheet the guys up front give us a great chance,” the defender told MUTV. “Most of the time they score goals as well.

“Our job is always to try and keep it locked down at the back because we have a lot of firepower up front.”

Taking the time to single out English forward Rashford after a stunning cameo, Lindelof said: “I am very, very happy for him.

“To come in and score three goals like that is unbelievable. He changed the game completely and the things he did with the ball and the chances he created… he’s a fantastic player and I’m very happy for him.”

Read more: Rashford does something only ever matched by Solskjaer for Man Utd vs RB Leipzig 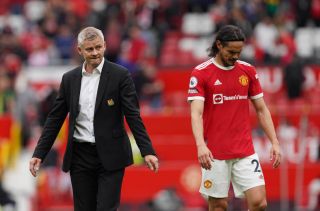