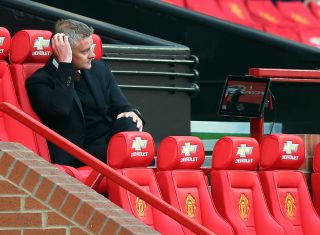 No options off the bench, no quality in the squad and needing to get rid of the deadwood. Towards the end of last season every United fan uttered at least some variation of those statements, the need for squad depth became the obsession for some fans so the club could compete on all fronts.

Now after a few games of the season and after having acquired five players in the transfer window, Ole Gunner Solskjaer has options in multiple positions but still the murmurs of discontent on social media continues to grow.

Donny Van De Beek has become a ‘casualty’ of the squad depth United have – featuring in every game apart from the goalless draw on Saturday against Chelsea. The midfield has numerous different options depending on the opposition or fitness or injury.

Van de Beek will get his chance I have no doubt but let’s be patient.

This is what the fanbase called for in the summer, the team needs options and now it is starting to get them and now it has them fans are upset that certain players aren’t playing in certain games.

No team plays the same eleven every week and having different options to not only counter opposition threats but also compliment other players in the line-up will surely be beneficial in the long run.

One hour before kick off every week there is an inevitable meltdown as the team news is announced, as player X is playing instead of player Y and also what has player Z done to deserve his exclusion from the team.

Ironically the one game this season that United fans were happy with the team line-up was when United lost to Spurs so it does go to show that that you never can tell what is going to happen in football.

The best managers generally pick the team in which they feel will win the game. Zinedine Zidane is famous for changing line-ups and tactics depending on the opponent and it’s worked out well for him at Real Madrid.

For example, if you travelled to Stoke under Tony Pulis then you didn’t play all of your flair players. You played your physical players who would stand up to the physicality and the aerial threat of Stoke. United and Chelsea routinely did this and normally came away with a win or at least a point but Arsenal for example didn’t change and would always struggle. United and Chelsea adapted to the challenge and routinely succeeded which is a reason why they both won the league during that period.

While the new signings get up to speed and players get their fitness back means there will be lots of players all competing for 11 spots and some will be disappointed. Premier League, Carabao Cup, FA Cup and Champions League games will mean United should play close to 50 or more depending on how successful they are.

You need to keep players fresh especially in this year with the lack of a proper preseason and a full break after the conclusion of the previous season. Covid 19 has made the already packed schedule both for club and country even more hectic, so squad rotation will be happening a lot over the season.

A lot of talk in the media from pundits is the manager doesn’t know his best eleven as well as other football cliches trotted out during criticism of a manager. Most of the time managers will pick the same team if it has performed well and/or it is right for upcoming match.

Solskjaer will have untold scrutiny put on him no matter what team or formation he plays for every game but he knows he needs competition for places and options for different games.

It is very easy to criticize team selections and line-ups, but managers have jobs to keep and they must do things to make sure the club succeeds and also, to make sure they don’t get sacked.

The manager and coaching staff see the players day in and day out so they know them better than we do thus are able to make decisions that we wouldn’t make.

Unfortunately, some fans just tend to want their favourites in and will just play the same team each week then wonder why they are the team are on their knees just like the end of last season.

Squad depth wins you trophies, if there is no Squad depth then most of the trophies United won during the Ferguson era wouldn’t have happened. Different players bring different skill sets and characteristics. You need a healthy mix to win things, it’s going to be a long season so competition for places is needed but also the ability to rest players to keep them fresh.

Sometimes the best eleven is not the right team for the game in hand, management is a juggling act keeping players, fans, the board happy whilst also picking up results. Ole knows that he needs to pick the right team as his job depends on it, I just hope he trusts the players and himself as a coach to be able to change and adapt because if he does then he just might get this team moving in the right direction.