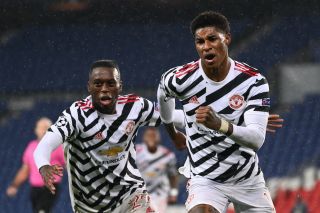 Marcus Rashford is to be given the City of Manchester Award after launching his incredible campaign to get free school meals for children during the holidays.

The City of Manchester Award recognises “outstanding and exceptional contribution to the city”, as per BBC News.

Rashford’s online petition to end child food poverty is nearing in on 1m signatures, with Ed Sheeran opening a breakfast club at his London restaurant, on top of Coldplay and One Direction’s Louis Tomlinson promoting the petition with their large followings on Twitter.

Lord Mayor of Manchester Tommy Judge said it was “remarkable” to see him “give a voice to the powerless,” but once upon a time Rashford was powerless. He knows what these people are going through and is fortunate enough to be in a position to help.

But without Rashford’s own initiative we don’t quite know how bad it would have become during the pandemic. He’s become a saviour to the people, just not those of Tory persuasion and greed.

The 22-year-old has already been awarded an MBE for his work to tackle child poverty and he is showing no signs of giving up until the problem is addressed.

Fair play to everyone getting involved to help Rashford’s fight against child poverty.

Guardian cartoonist David Squires has done a wonderful piece on Rashford’s mission and the grimly predictable obstacles in his way.