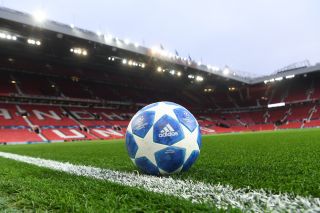 Coming in off the back of a boring 0-0 Premier League draw to Chelsea yesterday, Ole Gunnar Solskjaer will now be preparing his United side to face-off against the impressive RB Leipzig in their second Champions League group game on Wednesday night.

Looking ahead of United’s exciting mid-week tie, we have predicted who we think will make Solskjaer’s starting line-up.

United’s number-one who is enjoying arguably his best run of form for the last two-years, the Spaniard will be in-between the sticks come Wednesday.

Solskjaer will be hoping his right-back can replicate his last Champions League performance against Paris-Saint Germain when the Reds’ face-off against RB Leipzig next week.

Missed the game against Chelsea due to tiredness but I can’t see Solskjaer leaving Tuanzebe out for a second game in a row given how the Englishman has already proven Europe’s biggest stage doesn’t phase him.

I would very surprised to see the 22-year-old benched on Wednesday.

Had a superb game against Chelsea yesterday, it’ll be hard for his manager to put a case forward to leave the Swede out. I fully expect Lindelof to start again on Wednesday.

Club captain and clearly a favourite of Solskjaer. I can’t see the English centre-back being left out.

Has to start in my opinion. Luke Shaw’s attacking frailties were clearly visible against Chelsea and after making his debut against PSG last Tuesday, I see no reason why the Brazilian won’t start in Europe again.

Did not feature against Chelsea with the tireless and physical duo of Fred and Scott McTominay preferred, however, Solskjaer will know Julian Nagelsmann’s side are a tough outfit and if the Reds are to win the midfield battle, they’ll need defensive experience in the centre.

The pressure is mounting on Solskjaer to award his new Dutchman with more starts and I think the Champions League may be the game we get to see him.

Van de Beek in the middle of the park will also give Telles additional cover on the left-hand side when facing opposition counter-attacks.

Came so close to scoring on his debut with his very first touch, the South American looked lively for the half-hour he featured against Chelsea.

Solskjaer will be keen to get his new marksman up to speed as soon as possible. I fully expect to see Cavani make his full starting debut on Wednesday.

Team-mate Anthony Martial did nothing to suggest he should be starting ahead of either Cavani or Rashford last time out. I fully expect to see Rashford play alongside Cavani in the Reds’ second Champions League group game.

5 responses to “Man United predicted line-up vs RB Leipzig: Back to a back-five with defensive regular finally dropped”