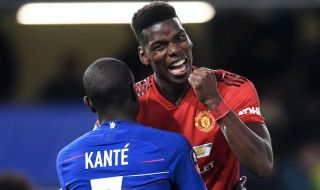 Ole Gunnar Solskjaer is currently preparing his Manchester United side to take on domestic rivals Chelsea in this afternoon’s mouth-watering Premier League match-up.

United come into tonight’s game off the back of a stunning 2-1 victory over Paris-Saint Germain in the first of their Champions League group H matches and will be looking to build on their classy mid-week performance.

Elsewhere, Frank Lampard is trying to steer his newly formed and star-studded Chelsea side to glory after a bumpy beginning to the new 2020-21 campaign.

Both sides will be desperate to take all three-points away from Old Trafford tonight with a win for either side certain to rocket them up the Premier League table.

As fans prepare to see their teams face-off in an all English counter which rarely disappoints, we have taken a look at three areas tonight’s game can be won and lost.

It is worth noting that at the time of publish, both side’s line-ups were unknown.

United’s right-back, Aaron Wan-Bissaka put in a performance to remember during the game against Paris-Saint Germain.

The resilient defender did not let a thing get past him as he comfortably dealt with world-class duo Neymar Jnr and Kylian Mbappe.

If United are to get the best of Chelsea later tonight, they will need to ensure that Wan-Bissaka nulifies the threat that Chelsea danger-man Christian Pulisic poses.

Mobility in the middle

United and Chelsea both operate a similar style of play throughout their midfields; both sides generally opt for a double-pivoted trio with the Blues’ using Jorginho and Kante in the same way Solskjaer often deploys Fred and Nemanja Matic.

However, given that the line-ups have yet to be announced, fans should be hoping to see the likes of Donny van de Beek awarded with his first start.

Van de Beek’s mobility and technical ability to operate in tight spaces could prove decisive if facing up against a much slower, less mobile Jorginho.

Should United’s new Dutchman fail to start again, Fred could certainly do a job not too dissimilar to the one he did in Paris during the week.

If Solskjaer can instruct his Brazilian box-to-box midfielder to break Chelsea’s lines by carrying and progressing the ball through the centre of the park, United will surely be able to win the important midfield duel.

Manchester United new number-seven and deadline day signing Edinson Cavani could very well feature, although I don’t expect him to start, I do anticipate fans will get to see him at some point.

Should Chelsea opt to use summer signing Thiago Silva in their back-line, Cavani’s know-how from his days spent playing under the captaincy of Silva at Paris-Saint Germain could prove invaluable for the Reds.

Read more: Loads of Man United fans give their pre-match score predictions ahead of Chelsea match