Juan Mata has revealed Ander Herrera gave the Edinson Cavani to Manchester United transfer his own seal of approval.

Herrera, who played for PSG in their 2-1 Champions League defeat to United in midweek, was friends with fellow Spaniard Mata during his time in Manchester and has maintained his close relationship with the midfielder.

The 31-year-old is also a former teammate of Cavani, who left PSG in June as a free agent after his contract expired.

Cavani’s arrival at United prompted a divided response from the fanbase on transfer deadline day.

The veteran Uruguayan has a goal record that can be matched by very few elite strikers in world football, but his long-term suitability has been identified as an obvious issue.

Anyhow, Mata is delighted to have Cavani at United and believes he can only improve Ole Gunnar Solskjaer’s squad. 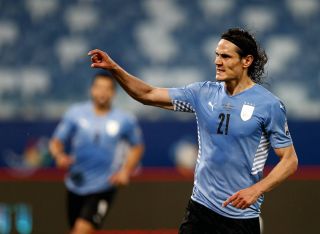 “Very good,” Mata told Sky Sports when asked how Cavani was settling in his new surroundings.

“He’s training with the team already and you can see how professional he is, how driven he is and he has been during his career.

“I spoke with my good friend Ander Herrera before Edinson signed as they’re also good friends having played together in Paris.

“He told me that Edinson would be a great addition for us and straight away you can see he’s really focussed on playing already and giving his best for the team.

“When you have such a great striker with such a great scoring record and how professional he is, his mentality has made him one of the best strikers in the world over the last year.

“It’s great to have him with us. I’m trying my best to help him with the adaptation but I’m sure he doesn’t need a lot of help on the pitch. I’m sure he’ll be very good for us.”

Cavani didn’t travel to the Parc de Princes for the game against his former side on Tuesday as he works on building up match sharpness.

But he is available to make his United debut in Saturday evening’s crucial Premier League game against Chelsea at Old Trafford. 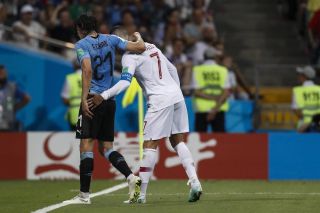