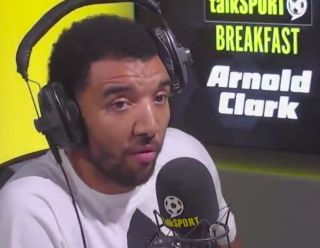 Troy Deeney has delivered a ruthless assessment of Fred, claiming he is prone to giving the ball away in the Manchester United midfield.

Fred has run hot and cold at Old Trafford since joining from Shakhtar Donetsk in 2018 and his ability has divided opinion in the United fanbase.

But despite some inconsistencies, he has proven in the last two victories against Paris Saint-Germain and Newcastle that he is an important member of Ole Gunnar Solskjaer’s squad.

Against PSG in particular, Fred was outstanding. The Brazilian provided the perfect link between defence and attack, using possession wisely and pressing high.

Deeney even claimed his Watford side would plan to allow Fred to have the ball just so they could capitalise on his mistakes.

Listen to Deeney give his views on Fred below, via TalkSPORT:

⚽️ “When you play against Fred you let him have the ball.”

👊 “He’ll give you the ball three or four times… he’s the trigger!”