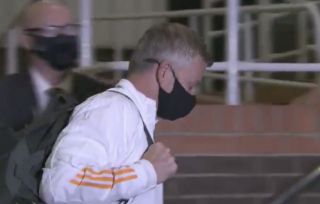 United come into tonight’s game off the back of some dire domestic form having lost two of their opening three Premier League fixtures including a 6-1 thrashing to Spurs last time out.

Solskjaer will be keen to return to winning ways in his side’s fourth fixture of the new 2020-21 campaign and will be hoping to kick a scary run of fixtures off with three points.

But all the focus tonight is on beating Newcastle United as the squad now make their way into the ground.