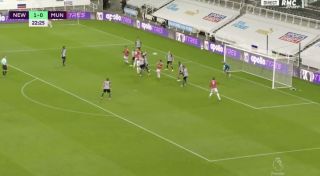 Manchester United’s captain Harry Maguire has dragged his side level after getting on the end of a decent corner.

United trailed Newcastle United after just the first couple of minutes after left-back Luke Shaw conceded an unlucky own goal.

However, 20-minutes shy of the mid-way point, club captain Maguire has come up with the goods as his goal now brings his side level at 1-1.

Maguire’s goal will go someway to silencing his recent critics after a dreadful patch of form recently saw him be dismissed whilst on international duty with England.