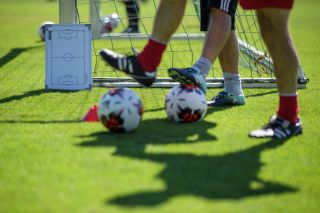 Manchester United are currently preparing to take-on the in-form Newcastle United as both sides will be desperate to leave the Sports Direct Arena with all three-points later tonight.

United boss Ole Gunnar Solskjaer continues to come under pressure after his side’s abysmal start to the new campaign which have included two out three Premier League defeats and the Norwegian will be hoping to end his side’s poor run at the expense of managerial counter-part Steve Bruce.

Ahead of tonight’s important game, we have taken a look at three areas where the game can be won and lost.

It goes without saying, if United are going to claim all the points in tonight’s game, they’re going to have to eradicate all previous collective and individual defensive errors.

The Reds’ back-line has been shakey, to say the least and after club captain Harry Maguire’s midweek dismissal whilst in international action for England, the United faithful will be hoping to see a much improved defensive unit.

If United are going to go someway to making up for their 6-1 thumping defeat to Spurs last time out, they will need to ensure that Newcastle’s star-man Allan Saint-Maximin is kept as quiet as possible.

In addition to the threat the electrifyingly paced Saint-Maximin poses, the United centre-backs will need to ensure they remain tight to Newcastle’s new number-nine Callum Wilson, who is more than capable of heading home a winner.

Arguably United’s most inconsistent area of the pitch in terms of personnel rotation is the holding midfield position.

United fans have often seen the likes of Nemanja Matic, Scott McTominay and Fred all take up that role with none seemingly nailing the position down.

Depending on which holding midfielder Solskjaer opts to deploy tonight, the Norwegian will need to ensure they’re up the task of being able to match the industrious work both Jonjo Shelvey and Issac Hayden undertake.

The pace of Mason Greenwood

If United are going to win and win well tonight, they will need to find a way to get the best out of teenage sensation Mason Greenwood.

Greenwood is likely to find himself starting tonight in his more familiar centre-forward role due to the suspension of regular number-nine Anthony Martial and new-signing Edinson Cavani still required to isolate due to COVID-19 regulations.

The Reds’ wide-men which are likely to include Marcus Rashford and the vintage Juan Mata will need to ensure they provide United’s number-11 with decent service if Greenwood is going to outdo Newcastle’s robust centre-backs.