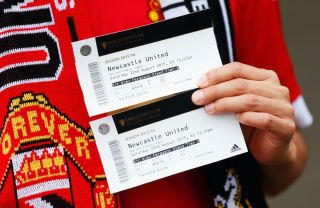 The summer transfer window is shut and the annoying international break is completed which means only one thing… The Premier League is back!

Ole Gunnar Solskjaer’s young Devils are scheduled to host Steve Bruce’s Newcastle United on Saturday night in their first domestic game back since the Reds’ humiliating 6-1 thrashing against Tottenham Hotspur.

Ahead of the weekend’s important league tie, we have looked at how we expect Solskjaer to line his Red Devils up.

Performed well whilst on international duty with Spain, no reason why Solskjaer won’t stick with his regular number-one.

Having hinted that he’s chosen to represent Congo over England after removing the St. George’s flag from his social media earlier this week, the young full-back has not had international duty fitness to contend with and is expected to regain his usual starting spot in United’s team.

Depending on team-mate Eric Bailly’s fitness after being forced off due to an injury whilst away on international duty, Lindelof could be recalled into action whilst Bailly gets back up to speed.

Performed very well during England’s memorable 2-1 win over Belgium earlier this week whilst boasting a whopping 96.29% passing accuracy, the United captain will selected to command Solskjaer’s back-line on the weekend.

Featured from Brazil during the international break, there is no reason why Telles won’t be handed his United debut on the weekend with Luke Shaw set to drop down to the bench.

Hard to predict exactly which holding midfielder Solskjaer will go with after such an abysmal performance last time out but I would be very surprised to see the Norwegian name the starting midfield trio as the one which were torn apart against Jose Mourinho’s robust Spurs.

I think next weekend’s game against Newcastle United could be the game which the United faithful get to see van de Beek make his first long-awaited Premier League start.

Fans know that Solskjaer is not one to succumb to player misbehaviour after youngster Mason Greenwood was dropped for his misdemeanours whilst on international duty earlier this summer.

Therefore, it wouldn’t be unreasonable to suggest that Solskjaer may have grown tired of Paul Pogba’s continued flirting with La Liga giants Real Madrid and will opt to downgrade the World Cup winner to the subs’ bench with van de Beek taking his place.

Dropping Fernandes would be managerial suicide especially with pressure mounting on Solskjaer to start improving the Reds’ on-field fortunes, I fully expect the Norweigan to name his Portuguese Magnifico next weekend.

Fernandes’ impending inclusion offers double benefit for Solskjaer who won’t just want to beat Newcastle United, he will undoubtedly be keen to squash recent suggestions that the pair’s relationship suffered during half-time in the game against Spurs.

No Anthony Martial due to his dismissal against Spurs and with new-signing Edinson Cavani set to miss next weekend’s clash due to COVID-19 isolation restrictions, I expect Greenwood to be moved to a centre-forward role with James coming in, in favour, on the right.

Scored against Belgium, United’s new MBE won’t lose his starting spot. Rashford to start in his usual left-wing position on the weekend.

As mentioned above, I fully expect Solskjaer to favour his 18-year-old wonder-kid over emergency back-up striker Odion Ighalo in light of regular number-nine Martial’s suspension.

3 responses to “Predicted Man United line-up vs Newcastle United, exciting debutant to force regular out as teenager set to lead the line”