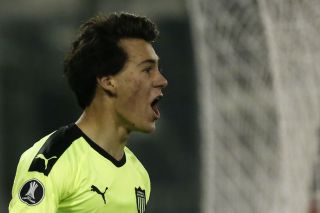 Pellistri, 18, joined United with just hours to go during the summer transfer window’s deadline day, the youngster was confirmed as a new United player on the club’s official website ManUtd.com.

The exciting attacker featured in a total of 37 matches in all competitions for CA Penarol and was directly involved in an impressive six goals.

The talented teenager has emerged as one of South America’s brightest prospects which was the main reason United went all out to secure his services this summer with the youngster expected to go straight into the Reds’ first-team, as per Telegraph.

After his deadline day switch and ahead of the Premier League’s return next weekend, the youngster has now been snapped wearing a full United training kit.