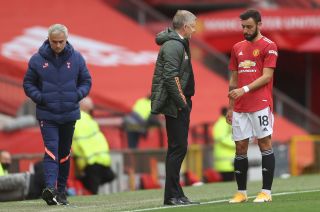 There has been a number of reports over the past few days claiming there was a row between Manchester United manager Ole Gunnar Solskjaer and star player Bruno Fernandes.

A half-time bust-up instigated by the midfielder made the back pages as United lost 6-1 to Tottenham Hotspur at Old Trafford, as per The Sun.

However, according to Sport Witness, there’s no conflict between Solskjaer and his player.

A source told the online outlet that the claims were ‘lies’, as Fernandes remains committed to his manager and the club.

It seems like these stories are being planted to put more pressure on the manager, but where did they stem from in the first place?

Fernandes made a huge different following his January arrival from Sporting Lisbon. 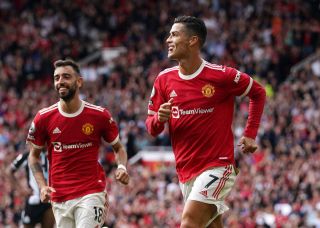 Without his presence I would argue United would not be in the Champions League this season. And now we have him from the beginning of the campaign, we should be expecting the same outcome at the very least.

Fernandes is currently on international duty with Portugal. They take on Sweden on Wednesday.

Despite claims in A Bola suggesting Ferandes may be forced to quarantine for 10 days in England upon return, but we understand he will be in action when United take on Newcastle this weekend.