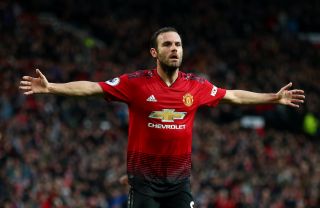 Manchester United midfielder Juan Mata has reportedly turned down a lucrative offer from an unnamed Middle East club in favour of staying at United because the Spaniard is convinced his current club can win a trophy a this season.

Mata, 32, joined United from domestic rivals Chelsea in 2014 in a move which cost the Reds £40.26m as per TransferMarkt.

The midfielder has featured in a total of 257 matches for United and has been directly involved in 95 goals in all competitions during a seven year spell which has seen him lift four trophies with the Reds.

According to a recent report from AS the Spanish midfielder has recently rejected a lucrative offer from a wealthy Middle Eastern club not once, but twice.

The report states that Mata turned down an initial offer of £16m-per year to leave the Reds this summer and was later approached with an improved offer of an eye-watering £20m-per year which the Spaniard also rejected.

It is understood that the 32-year-old has opted to stay with United for at least the duration of his contract which expires next summer because he believes his current club can lift another trophy this season.

Mata’s contract contains an option to extend for an additional year, however, with the midfielder fast approaching 33-years-old, the Reds may be reluctant to offer him a new deal, especially considering Mata has already become a rotational squad option.

However, it is believed that Mata’s father who also represents him in a professional capacity informed the unnamed Middle Eastern club that his son’s decision was stay with United for at least one more season.