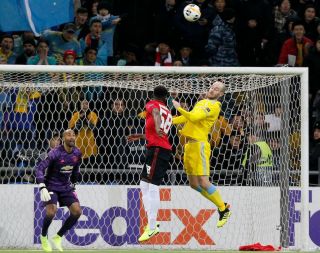 Manchester United are reportedly open to letting yet another academy youngster leave the club on loan this week.

Tahith Chong, James Garner, Dylan Levitt and Matej Kovar are among several talented stars who have left Old Trafford this summer to pursue first-team opportunities which can aid their development.

And according to the Manchester Evening News, teenage defender Di’Shon Bernard could be the latest to seal a temporary exit.

It is noted that the 19-year-old defender is the most likely player to leave before Friday’s deadline. and has been in talks with several League one and League Two teams.

However, he has only made one appearance under Ole Gunnar Solskjaer; he started in the 2-1 defeat in a dead rubber Europa League group stage fixture against Astana last November.

Meanwhile, the MEN’s report that fellow highly-rated youngsters Ethan Laird and Arnau Puigmal are set to remain at the club to continue their progress.