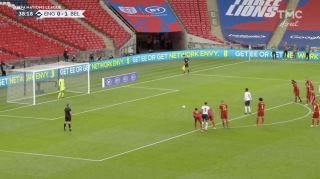 Manchester United’s Marcus Rashford has dragged his country back level against Romelu Lukaku’s Belgium after clinically converting from the spot as the game is now all square at 1-1 at the half-way mark.

Rashford, 22, is experiencing a week to remember after being officially awarded with the title ‘MBE’ after his contributions to social issues such as child poverty saw the Englishman honoured by The Queen, as per BBC Sport.

Following on from his honour, the 22-year-old who started for his country tonight in their latest Nations League match against Belgium has scored from spot.