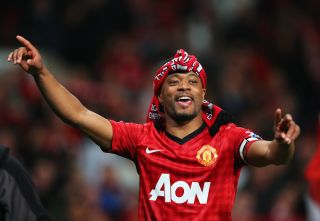 It’s Sir Bobby Charlton’s birthday so Patrice Evra decided to post a tribute to the Manchester United legend on Instagram.

Charlton, who was part of United’s first European Cup-winning side in 1968, celebrates his 83rd birthday today.

City continue to throw oil money into their team, managed by supposedly the best manager of his generation and have yet to win the Champions League.

Long may their failures in Europe continue but we can’t gloat about it until we’re succeeding in Europe.