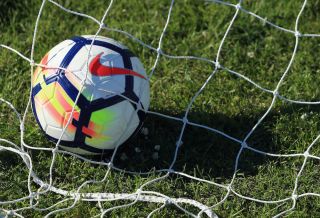 Manchester United and Liverpool have allegedly been working together on something called ‘Project Big Picture’ which is reportedly a major overhaul of the Premier League.

These new changes (via Telegraph) would represent the biggest shake-up of the English game since the Football League became the Premier League in 1992.

The worst change we can see thus far is one that takes away voting rights from most clubs when it comes to future decision-making. As things stand, there is a one-club-one-vote system, with a majority of 14 out of the 20 clubs needing to vote through new rules and other changes.

However, EFL chairman Rick Parry believes a radical overhaul of the Premier League is the best way to safeguard the future of clubs below the top flight.

Among the controversial proposals outlined in the plans are a reduction in the Premier League to 18 games, with more power given to the so-called ‘big six’ and the abolition of the League Cup and Community Shield.

In return, 25% of the Premier League’s annual income would go to EFL clubs.

“It is definitely going to be challenging and it is an enormous change so that won’t be without some pain,” Parry told the Telegraph.

“Do I genuinely think it’s for the greater good of the game as a whole? Absolutely.

“And if the (big) six are deriving some benefit then why shouldn’t they. Why wouldn’t they put their names to this otherwise?”

The Premier League has released a statement regarding the ‘damaging’ plans that were revealed on Sunday.

Premier League statement on @SamWallaceTel “Project Big Picture” story. Lots here about “working together” but clubs below big six have been completely blindsided by these proposals. pic.twitter.com/AxzmsPtMgF

Stressing the importance of clubs cooperating ‘through the proper channels’, a statement read: “English football is the world’s most watched, and has a vibrant dynamic and competitive league structure that drives interest around the globe. To maintain this position, it is important that we all work together. Both the Premier League and The FA support a wide-ranging discussion on the future of the game, including its competition structures, calendar and overall financing particularly in light of the effects of COVID-19.

“Football has many stakeholders, therefore this work should be carried out through the proper channels enabling all clubs and stakeholders the opportunity to contribute.

“In the Premier League’s view, a number of the individual proposals in the plan published today could have a damaging impact on the whole game and we are disappointed to see that Rick Parry, Chair of the EFL, has given his on-the-record support.

“The Premier League has been working in good faith with its clubs and the EFL to seek a resolution to the requirement for COVID-19 rescue funding. This work will continue.”