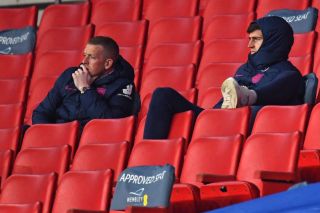 United Watch – keeping an eye on Manchester United players while on international duty.

England were  beaten by Belgium in Russia (2018) and the teams now face off in the Nations League.

Group leaders Belgium have two wins from two, while England have a win and a draw after games against Iceland and Denmark.

Maguire hasn’t started the season well and could do with some time away from United to gain confidence, but I’m hopeful neither of them are made play a full 90 minutes.

The match will be shown live on Sky Sports Football, Sky Sports Main Event and Ultra HD. Subscribers will be able to watch the game via Sky Go on a range of devices.