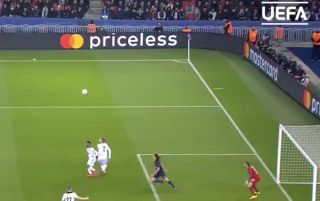 Manchester United’s new number-seven Edinson Cavani has one serious part of his game which is majorly underrated and going to prove invaluable to the Reds’ front-line as the striker hopes to turn his new side’s fortunes around.

Cavani, 33, joined United on deadline day in a transfer which saw the Uruguayan free agent team-up with Ole Gunnar Solskjaer after departing Ligue 1 giants Paris-Saint Germain earlier in the summer, as confirmed on ManUtd.com.

A recent compilation clip has surfaced showing some of Cavani’s best Champions League moments and we couldn’t help but notice the striker has some seriously impressive movement.

Check the clip out below and make sure you pay particular attention to parts 0:24 and 1:02.

🗣️ “I play for pleasure, for the passion that I have as a football player.”