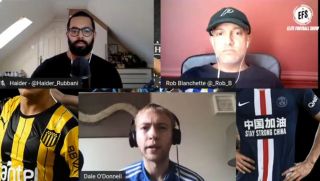 We discuss Manchester United’s transfer window and the incompetence of the board, and more specifically the executive vice-chairman Ed Woodward.

There is tone of backing for Ole Gunnar Solskjaer from the conversation, but the admiration United fans have for former Tottenham boss Mauricio Pochettino is crystal clear.

The two biggest talking points — in terms of players — are Harry Maguire and Paul Pogba.