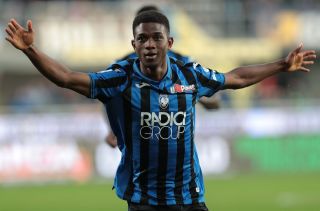 Manchester United’s new wonder-kid Amad Diallo is undergoing his medical today ahead of his switch to Old Trafford in January 2021.

Diallo, 18, was confirmed as a United player during the summer transfer window’s deadline day earlier this week after the club officially announced the highly-rated attacker had swapped Atalanta for Old Trafford, as per ManUtd.com.

The exciting, young attacker is highly-rated in European and has been tipped to achieve great things after being likened to the world-class Lionel Messi by Papu Gomez (as quoted by Fabrizio Romano).

The youngster has already featured for Atalanta’s senior first-team and even scored on his debut after climbing his way through the Italian side’s highly-rated youth ranks.

Diallo already has 93 Atalanta youth appearances and 61 direct goal involvements to his name and will be expected to continue his impressive development under the guidance of the United coaching staff.

Despite securing his services earlier this week the youngster is not expected to team-up with his new team-mates due to work permit and passport complications.

However, fans can still begin to excitement ahead of Diallo’s arrival in January after reports from Tutto Mercato Web emerged suggesting that the 18-year-old is undergoing his United medical in Bergamo today.