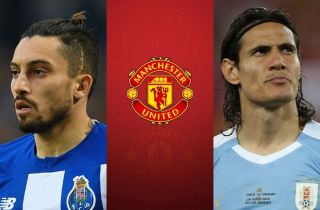 As the transfer window closed late last night Manchester United completed the signings of Edinson Cavani, Alex Telles, Amad Diallo and Facundo Pellistri and with the arrival of Donny Van De Beek earlier last month, it made it a total of five new faces through the Old Trafford door strengthening Ole Gunnar Solskjaers squad for the season ahead.

Getting the deals done was a terrific piece of business by United whom in Cavani, Telles, Traore and Pellistri will all have important parts to play as the season continues and has undoubtedly put the club in a stronger position to challenge on all four fronts.

Former Paris Saint-Germain forward Edinson Cavani is arguably the highest profile signing for the reds. The forward, who was a free agent after his contract run out in the French capital in the summer, gives Solskjaer that all important experience needed up top. There have been few better goal scorers in European football over the last decade than the Uruguayan and If a chance falls to Cavani in the box you would back him every time to find the back of the net. He is prolific in front of goal and is just what United need.

Alex Telles from Porto is a good piece of business by Solskjaer. Left back has remained an issue for United for some time now and in Telles he could be just what United gave been looking for. Luke Shaw’s inconsistent displays combined with youngster Brandon Williams still lacking experience has left Solskjaer short of options at left back and in signing Telles ole now has a proven established world class left back who he can be relied on what it matters most and at just £15.4m (via Sky Sports) is one of the best bargains of the transfer window.

Last but by no means certainly least we have youngsters Amad Diallo and Facundo Pellistri. Both are still only 18-years-old and are highly exciting prospects for the reds and whilst they may not be expected to be in the starting eleven every week both will still get plenty of opportunities to feature for the reds as the season goes by in particularly the cup competitions and with youngsters Greenwood, Williams and Garner already on board the future looks brighter than ever.

However, for how well United have strengthened, it still would have been nice to see the club bring in a centre-half. The departure of Chris Smalling from the club has left Solskjaer a tad light at the back and should Maguire get injured it leaves Solskjaer short of options at the back. A move for Napoli’s Kalidou Koulibaly or Real Madrid’s Raphael Varane would have been amazing to see and either one of those you felt could have made a massive difference to United’s defense.

United’s strength in depth is also another concern. Whilst it was always going to be a tough task bringing in a host of new players United are still short in numbers beyond the starting eleven and should Solskjaer pick up any injuries to key first team players it could cost United as the season wears on.
It was a transfer window that ticked more right boxes than wrong boxes for Solskjaer and although United could have done with adding more players to the squad it was still a successful window for the club.

Solskjaer now has a squad of players on his hands that is superior to the one he had last season and its important to remember that. United might not have the greatest strength in depth but still have the players available to make a genuine challenge for the title this season or at the very least close the gap on Liverpool.